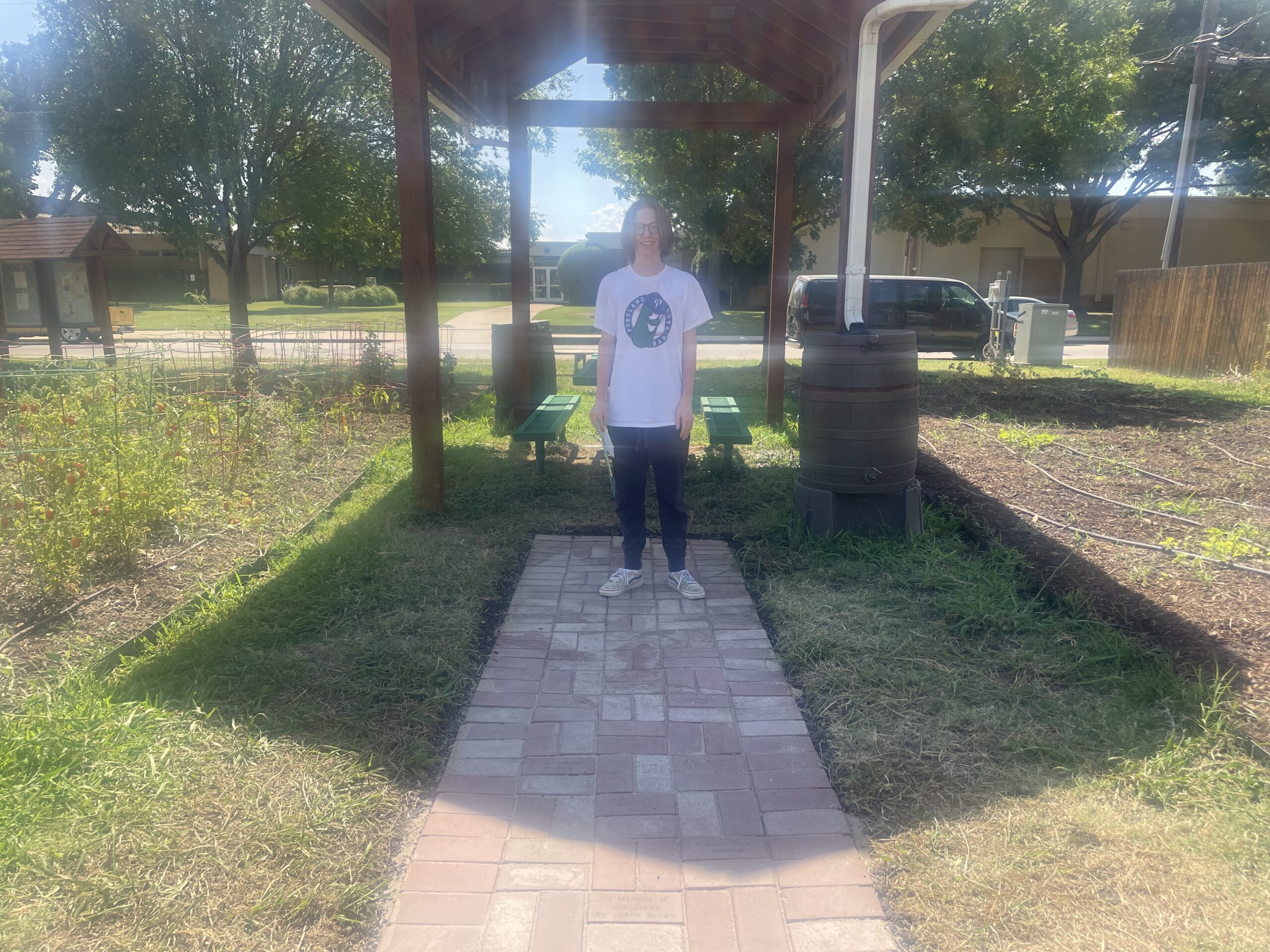 While participating in Eagle Scouts, scouts are usually given time to complete a specific project, that culminates with every lesson that is learned throughout the year. These special projects are usually tasks designed to help a community or help an individual in need. This year GRACE was chosen to be where one scout wanted to do his project.

Nick Ferrara, is an ambitious 15-year-old, who loves to be a part of his Eagle Scout Troup. His experience in Eagle Scouts has shown him, that “your hard work will always pay off”, which is advice that he says he will take throughout any difficult challenge he may face.

As the Scout Master announced their project details, Nick couldn’t help but think, about GRACE. A former Scout and friend of Nick’s recently did a project at GRACE. Nick and his family have also volunteered in different GRACE programs in the past, and are accustomed to the mission of GRACE.

Realizing where he wants to do his project, Nick reached out to GRACE’s Volunteer Manager and was given a project list. Out of the many projects on the list, Nick decided to build a brick pathway in the community gardens, leading towards the picnic tables.

GRACE had memorial bricks outside of the Food Pantry, which Nick used as an incredible resource to build the pathway. Giving homage to volunteers, donors, and supporters from the past and present, which helped shape GRACE into what it is today, was something that Nick loved the most about this project.

This project was carefully planned thoroughly for six months. Nick, constantly had an idea in his mind, but would soon scratch it because of how perfectly he wanted the bricks to be placed. After many scratched-out pathways, nick was ready to create the GRACE Memorial Brick Pathway.

Nick and about 15 Scouts dedicated two weekends to create the pathway. The scouts woke up early those days to beat the Texas summer heat. After that last weekend, Nick and his troop were finally finished with the GRACE Memorial Brick Pathway.

Thank you, Nick Ferrara and the Scouts of Troop, for thinking about GRACE and all of the people that have helped to shape GRACE. You have now been added to that group.

If you or anyone you know has a project idea that you feel would be of good use to our GRACE community, please contact our Volunteer Manager, Ryan Jackson, at Volunteer@GRACEGrapevine.org. 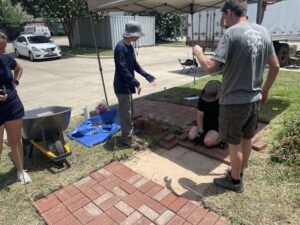 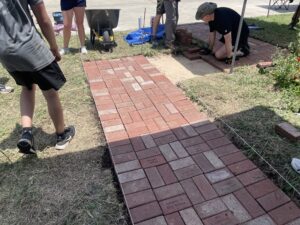