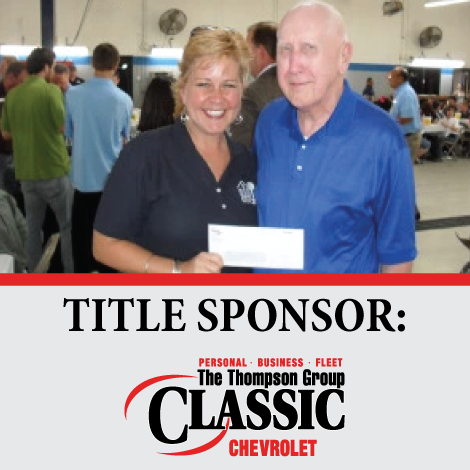 The Thompson Group at Classic Chevrolet has such a trademark reputation for community engagement, that their philanthropic business model and company culture are one in the same.

As the Title Sponsor for the GRACE Gala for the ninth consecutive year, The Thompson Group at Classic Chevrolet has been instrumental in the success of the GRACE Gala, GRACE’s primary funding event that sustains programs throughout the year.

Classic Chevrolet’s involvement has extended beyond the Gala. Ken Thompson has instilled a spirit of giving with their employees through a generous Employee Giving Campaign, a legacy that began when owners Tom and Susan Durant matched each employee gift dollar for dollar.

In 2012 a committee was formed by the employees to take the effort to the next level, which launched Classic’s Annual Golf Tournament. All proceeds from this year’s event fund nine charities, including GRACE. Proceeds have increased each year, raising a collective $1,257,148 thus far.

It’s the generous vision of The Thompson Group at Classic Chevrolet that has blessed them with their success, and we are continually humbled by their partnership.

This year’s Steve Thompson Classic Charity Golf Tournament will take place on October 5. Get details how you can partner and participate here.