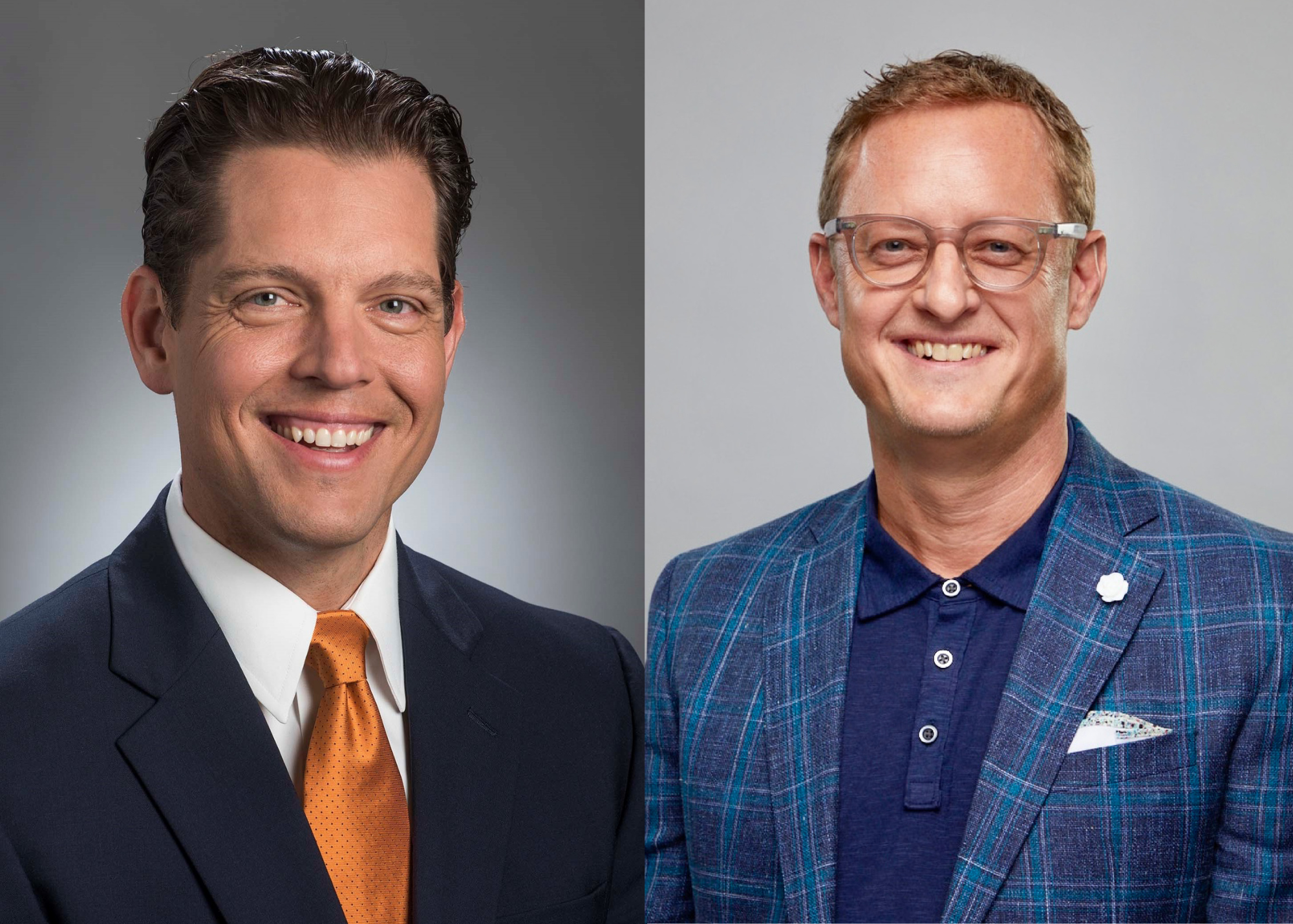 GRACE’s ability to offer a high degree of accountability and integrity is largely due to the tenure of the GRACE Board of Directors. The collective expertise of the GRACE Board is second to none, and GRACE is pleased to welcome two new community leaders to the slate: Jeff Netzer and Colby Tanner.

Jeff was born in Sault Ste. Marie, Michigan on the former Kincheloe Air Force Base. Before turning 18, he lived in five different states while growing up as a military dependent.

Jeff is currently the head of Partner Development at PlayStudios, his employer for roughly ten years. PlayStudios is a venture capital startup that provides exciting mobile games like TETRIS™ to millions of individuals all over the world for entertainment and rewards their players with memorable experiences as a way of saying thank yous.

When he’s not creating fun mobile games for people all over the world, Jeff can be found as a member or volunteering for White’s Chapel United Methodist Church, volunteering as President of the Colleyville Heritage High School Theatre Booster Club, or serving as the President of The Stupid Strong Charitable Organization. He also serves as a board member for The Gastric Cancer Foundation based in San Francisco, California, and has recently been nominated and approved to join the Board of Visitors at the University of Texas at MD Anderson.

Jeff cites two primary reasons for being so committed to the community. “I don’t waste the time I have because, as a widower, I know life is short and tomorrow isn’t guaranteed,” he said. “The second reason is that I have a strong conviction to do good and leave the world a better place.”

He has been a devoted Dallas Cowboys fan for over four decades, and he can vividly recall the team’s entire squad from their 1977 Super Bowl championship team.

As a loving father, Jeff understands the value of family and makes an effort to try new things with his two kids and the family dog, a Border Collie named Sunny.

When asked why he supports GRACE, Jeff responded, “I know there is a need for GRACE’s mission in my community and I know they will do great work. I also greatly admire Shonda’s dedication to the organization.”

Growing up in southern Missouri, Colby has always been motivated by the desire to carry out God’s will for his life and to glorify Him in all that he does.

As the Group Vice President of Industrial Products for BNSF Railway, Colby takes on a wide range of tasks that have him collaborating with different community leaders in all types of industries and companies. His responsibilities for Beer, Lumber, Coal, and everything between are a testament to how diverse his job is.

No matter how active his career may be, he still makes an effort to be involved in the community, along with his amazing family.

Within the community, Colby volunteers regularly through his church, Cross Church in Haslet, Texas, the Fort Worth Stock Show Syndicate, Community Storehouse, as well as many other organizations.

Colby is a family man. Marrying his high school sweetheart and having two boys, Kannon and Kolton, whom are his greatest joys in life. The family also has two chocolate Labs, Tank, and Moose.

When he is not working or giving back to his community, you can find him and his family exploring new places or vacationing in Hawaii.

Colby is a proud supporter of GRACE and its mission and is excited to be joining the GRACE Board.

“I love the mission of providing assistance to those in crisis with a pathway to independence,” he said. “I am very excited to be involved with such a great group of people pointed towards a great cause.”

We are pleased to welcome Jeff and Colby to the GRACE Board. We sincerely appreciate what you the two have accomplished and the fantastic work that they continue to do to create a better community.