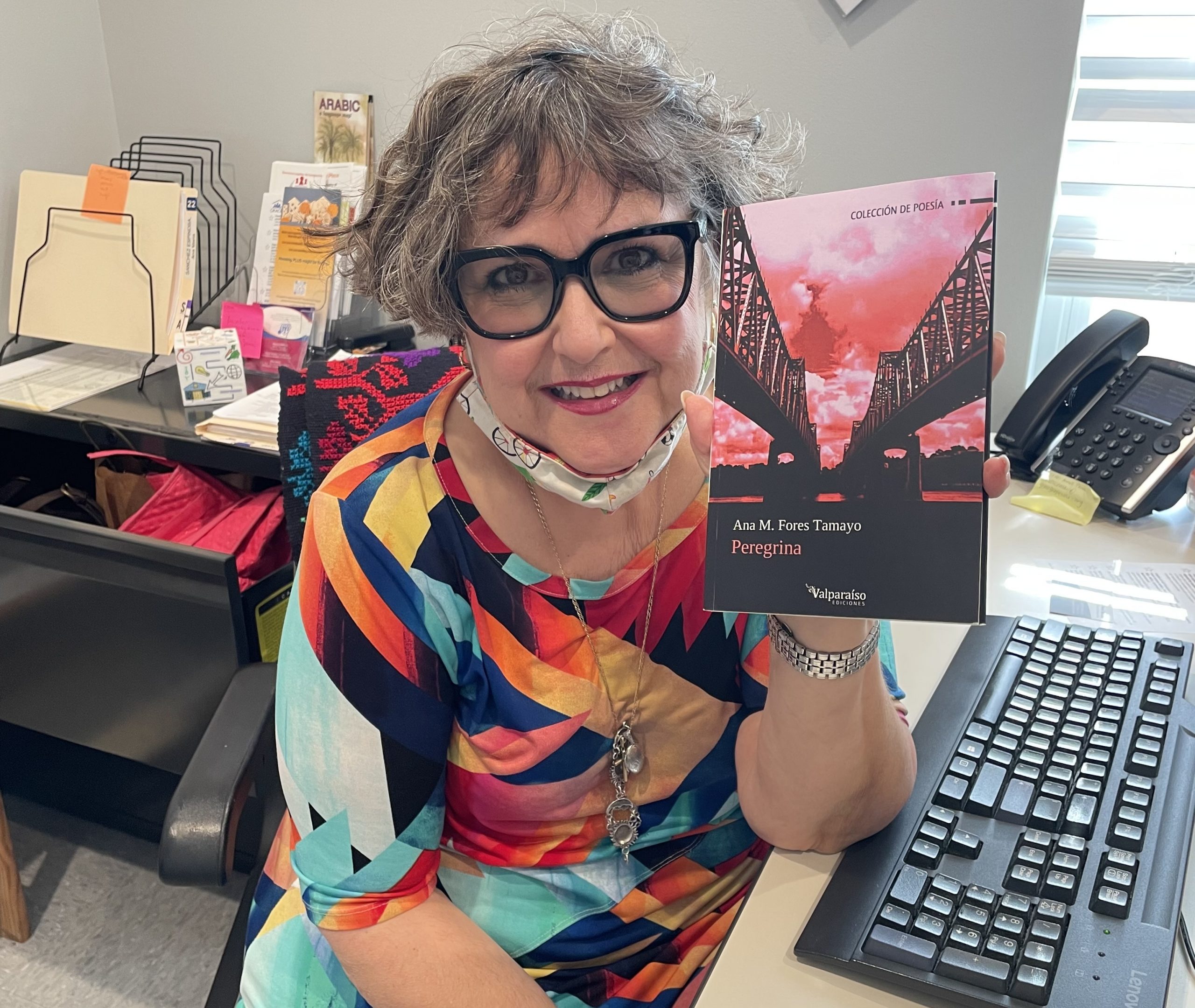 We have some of the most talented individuals in the GRACE community, ranging from future pilots to aspirational leaders in several nearby areas. They have all had an impact on others through their charisma, optimism, and talent, and we enjoy everything that they do.

Ana Fores Tomayo, a member of our GRACE staff, has released her debut novel, Peregrina.

The book is a collection of poems about Ana’s early life and what it was like to be an immigrant. The book takes the reader on a journey with a group of young ladies as they struggle through hardships as “pilgrims” looking for a better life.

Ana has always been passionate about writing, despite the fact that she only recently began to publish her poetry. Many of her poems have appeared in journals, magazines, and other publications. She has also sold a number of her poems along with her photos at art shows and in galleries to raise money for charitable organizations that benefit the community.

When asked what motivated her to write the book and what she hoped to achieve, Ana responded, “I started a non-profit to help asylum seekers with their legal papers, especially mothers with children. An outcome of that endeavor is this book. It served as a means for me to recollect my early years as a refugee, soothe my sense of displacement, and let go of the agony I felt while witnessing their divided society.”

Although Ana has granted the publisher the right to publish the book in Spain, she does have a special agreement with Amazon, so the book is also available there. Peregrina is presently only available in Spanish, however, Ana is working on translating the book into other languages.

Ana’s passion for composing poetry is unending, and she will always do it.

“I dream perhaps two or three of my narrative poems might be made into plays or music, but who knows?”

We at GRACE would like to extend our heartfelt congratulations to Ana on her incredible achievement. Everybody needs a hero in trying times, and you are one of ours.

For more information on Peregrina, Ana would love to speak with you here at our offices