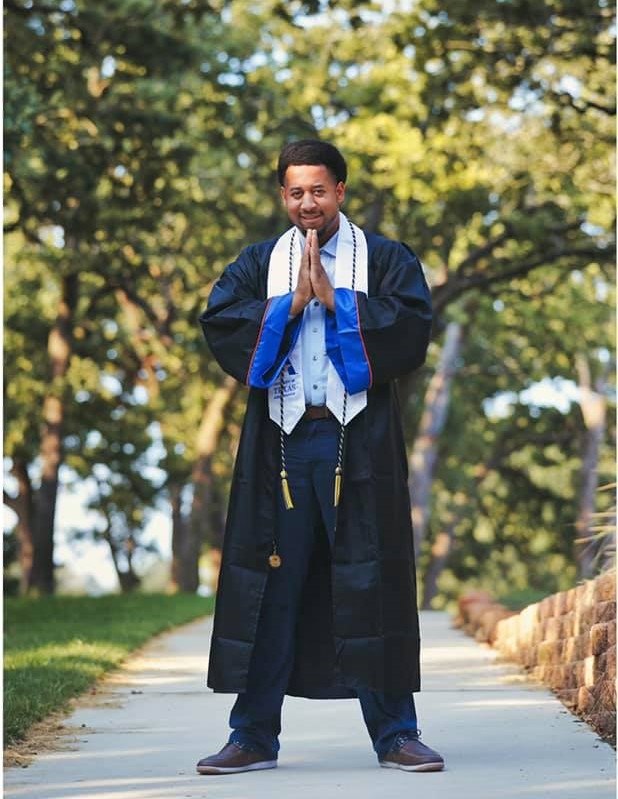 As GRACE gears up for our upcoming volunteer appreciation event this spring, we want to take a moment to introduce the Volunteer Manager Ryan Jackson, the face behind it all!

A natural people-person and recent graduate from the University of Texas at Arlington, GRACE was lucky to snag Ryan when we did! Prior to his days at GRACE, Ryan received a degree in Public Relations and Broadcast and went straight into work at the Texas State Fair as a PR Assistant. The confidence and charisma he brought to radio interviews, television appearances and film shoots are just part of what makes him so great to work alongside.

Ryan’s first week on the job was the week of Gala- not at all overwhelming for a new-hire. Much to everyone’s surprise, he was organizing groups of volunteers like he’d worked the event his whole life! After accepting the position as Volunteer Manager, Ryan recalls noticing the positive mission of the organization echoed in the work space. Knowing that he was “now a part of an organization that cared deeply for the community it was rooted in made [him] proud” of the opportunity he was given.

Ryan’s favorite part of working on the GRACE team is getting to interact one-on-one with the people that make our events happen and return stability to our clients- the volunteers. He is always an advocate for getting involved, and he has even begun to do so himself in the short time he has been here. Ryan has already got his foot in the door with the Young Professionals of Grapevine and Southlake and doesn’t plan to stop there.

His passion for getting involved doesn’t stop after work hours, however. Ryan spends most Saturdays helping kids at i9 Sports and the Boys and girls Club. He is known around the office for his high energy and willingness to help, and we are so grateful he joined the GRACE family. Special Events Coordinator Mary Tejada seconds this when she says “Ryan is an open-minded person and will do anything you ask in a spare moment. He is a team player- there is no mistaking that.”

If you or someone you know would like to get involved at GRACE, please contact rjackson@GRACEGrapevine.org. We can always use your help!