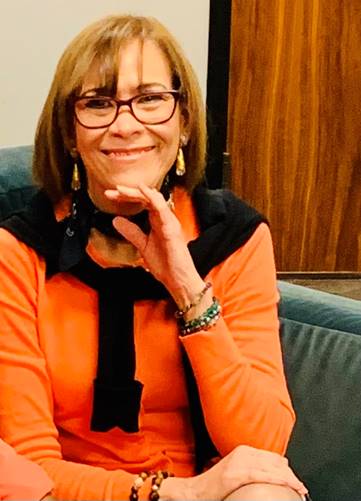 GRACE would like to welcome new Bilingual Caseworker, Judith Altieri.

Judith was born in St Croix, US Virgin Islands, and was raised in Puerto Rico. As a child, Judith was very ambitious. She always wanted to learn more about different cultures and was fascinated with different languages. All of this carried over into her adulthood, as she went to Ladycliff College in New York and got her degree in Spanish with a minor in Sociology and French.

Before joining GRACE, Judith worked as a Job Placement Specialist for Goodwill Industries. In her role there, she helped with the homeless population in the Ft Worth Area, while also visiting many shelters in the community.

In her role at GRACE, Judith interacts with many clients each day, helping them start their path toward self-sufficiency. It’s this that Judith says makes her job empowering. “ I believe individuals deserve to be helped,” said Judith. “Someone needs to listen, care and take action, and I believe that working here has allowed me to be that agent of change.”

GRACE clients love Judith, because of her ability to relate to them during their difficult times. One of the reasons why Judith can relate is because she was homeless at one point during her life. She understands the feelings of loneliness that it can bring to oneself, and she reminds each client that walks into her office to “be brave, be proactive and find ways to see beyond barriers that may keep you down.”

In her free time, you can find Judith being very active in the community. She attends Gateway Church in Southlake and is a part of the Spanish Ministry. She helps to translate and distribute interpretation radios and Altar Prayer during services. She also is a volunteer for the Spread the Love Charity to the homeless in Arlington and participates in their monthly BBQ & Fellowship event.

A fun fact about Judith is that she is known as the Scrabble Champion, and has only lost a couple of times. She also is fluent in three languages including French, English, and Spanish, and has been a translator in Jerusalem for a tour guide.

Welcome to the GRACE team Judith!