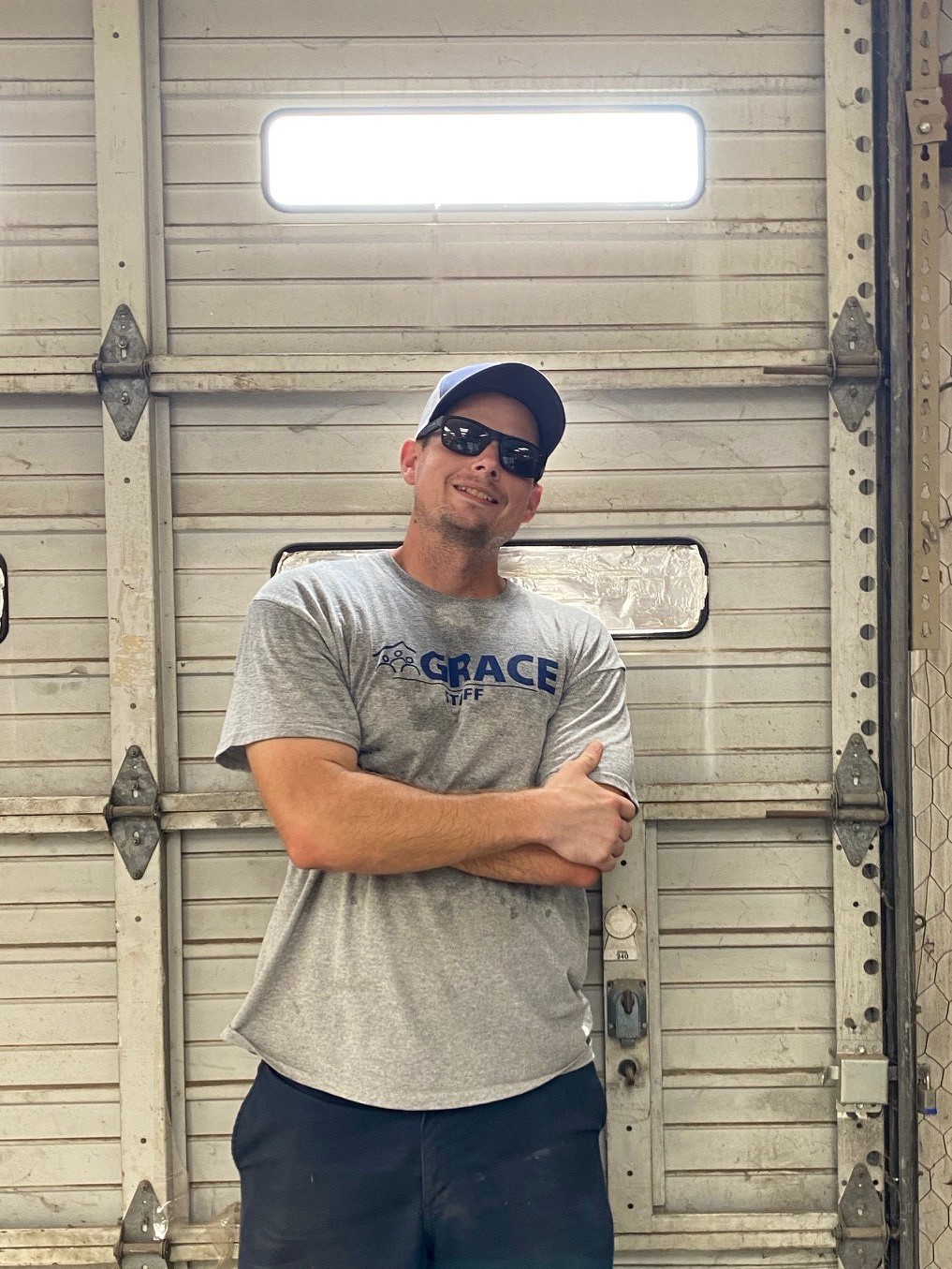 GRACE is proud to introduce, Charles Benson. After only eight months on the job he was promoted to Assistant Manager of GRACEful Buys Grapevine, congratulations Charles!

Originally referred to GRACE through a temp agency, Charles came to GRACE about eight months ago and began working in the warehouse and back lot of GRACEful Buys Grapevine. Charles quickly showed aptitude for the often times rigorous demands of GBG and was promoted.

“I’d never worked in a place quite like GRACE… its hard work and it’s busy but I like that,” Charles said.

After graduation, Charles worked in different industries that helped prepare him for his responsibilities at GRACEful Buys Grapevine. As assistant manager, Charles stays busy doing just about any task that comes his way whether its opening and closing the store, working registers, loading and unloading goods, assisting customers, or just making sure the store looks good – there isn’t much he’s not involved with.

“Helping out customers is my favorite part of the job, there was a time in my life when I needed help so it feels amazing to be able to give back,” he said. “Working for an organization whose primary objective is to help others is special, it’s very rewarding.”

Charles lives in Bedford and when he’s not helping steer the GBG ship he enjoys working out, watching movies, and reading.

“GRACE gave me an opportunity to work hard and be recognized for it, and that feels great.”