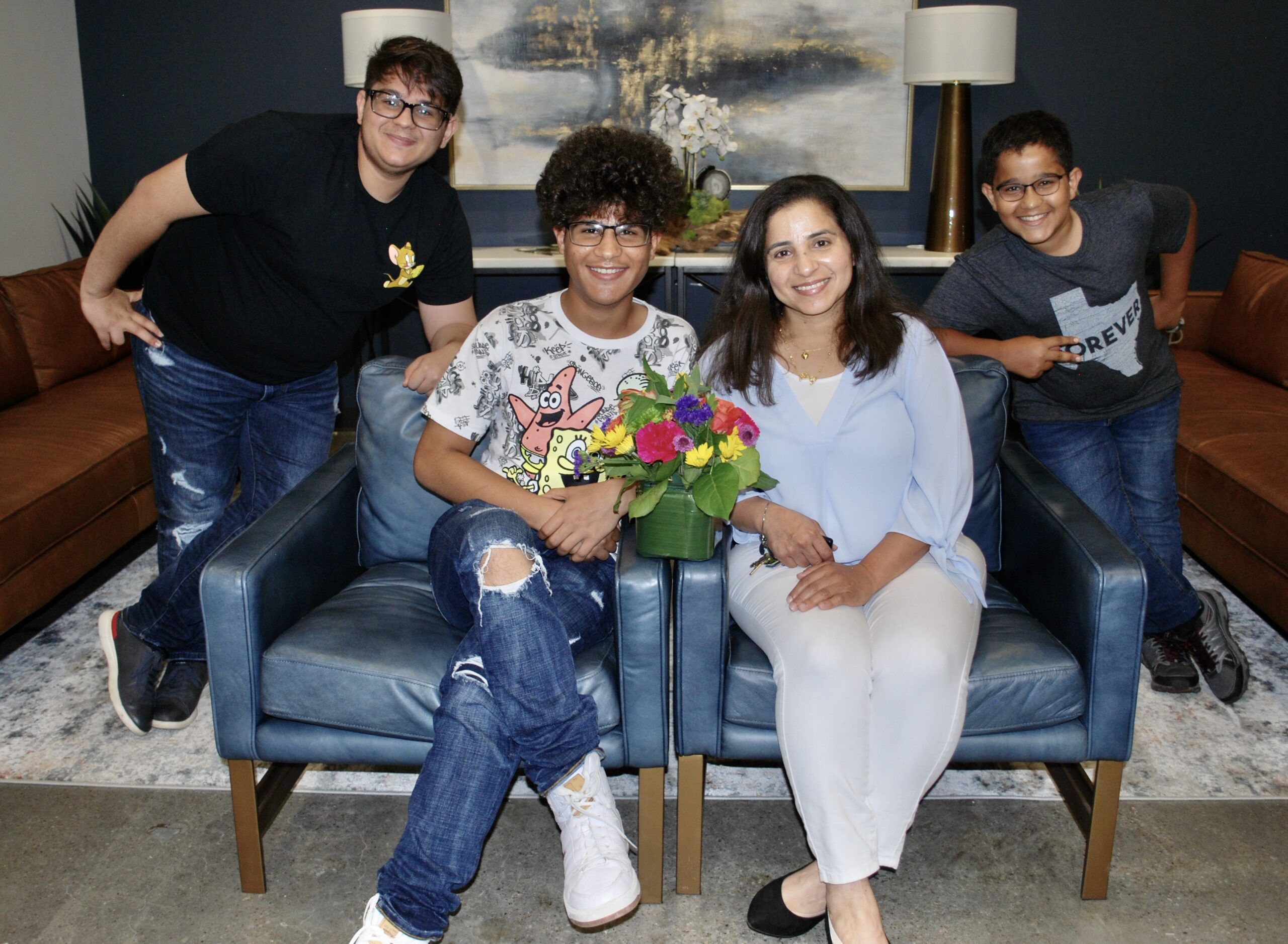 “Hard times don’t define you, they refine you.” This quote hits the nail on the head when speaking of these young men. Growing up in difficult times can leave some people feeling discouraged, but brothers Zeyad and Moeaz are far from it.

After falling on difficult times, the boys’ mother Reem moved her family into the GRACE Transitional Housing program. During this time, the young teens focused their mind on sports, specifically football, cross country, wrestling, and bike riding, which gave them a desire to never give up and to always be willing to work hard for the things you want.

Looking back now, it is with confidence that they can say their hard work and dedication to school is paying off. After the family graduated from the Transitional Housing program, the brothers were rewarded with a spot in the GCISD Collegiate Academy program. By the time they graduate, they will have both a high school diploma and an associate degree.

Reem has taught her sons about hard work and giving back, both of which the brothers are known to do very well. She has said that her sons are “good boys” and will do anything for her, a trait she notices growing more and more as they get older.

One of the requirements of the Collegiate Academy program is to have 100 hours of volunteer service. After learning this, Reem suggested Moeaz should volunteer with GRACE. Moeaz reached out to the volunteer coordinator about how he could get involved, and was pointed in the direction of our Donation Station. Moeaz decided to give it a try, and he quickly fell in love with the atmosphere, the people and the donors. He came home encouraging Zeyad to volunteer as well, and since then, the boys dedicate every Saturday to helping organize at the new location.

Both brothers want to continue their studies at Texas A&M University, where Moeaz will study robotics/engineering and Zeyad will study general engineering. They both have expressed their desire to continue to volunteer for GRACE even after their school requirements have been completed! They thank GRACE for getting their family back on their feet and for putting them in a place to succeed. They understand even though we may endure tough times, we should always be grateful for the things that we do have, and give back to the community that has supported us. We thank both brothers for being role models to us all, and for showing us the true meaning behind the holiday season.

Shout out to the youngest brother Yazen, who will be making his volunteer debut next year when he is older. Stay tuned for his appearance in a future newsletter!