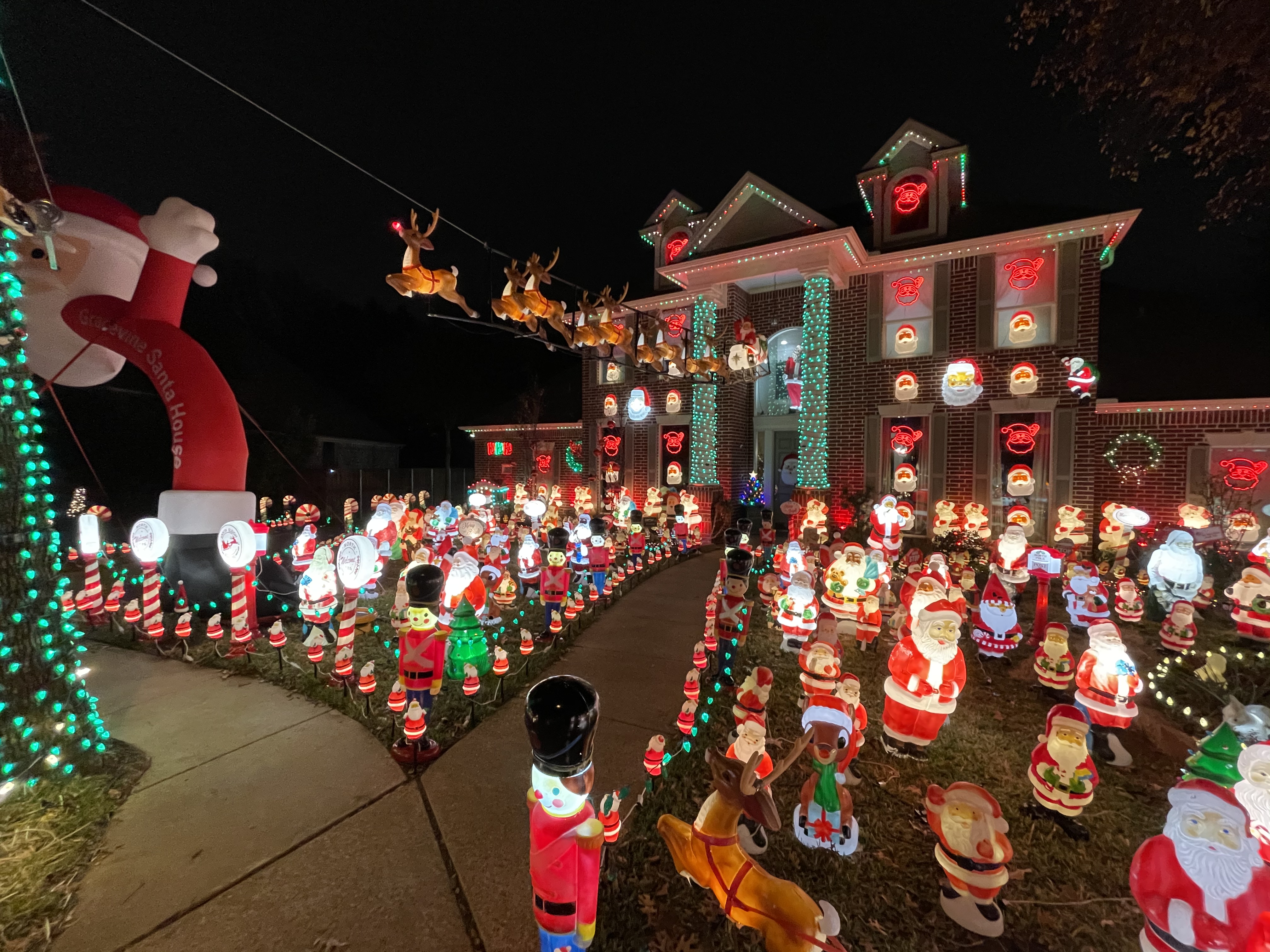 Everything Louie Murillo does is over-the-top, but this project has blown us away!

This past year has been a constant struggle for GRACE and our limited resources to keep up with the incredibly growing demand for basic services such as food, housing, and utility assistance. So, when December rolled around and we were notified that we were one of the few agencies that were still planning on providing Christmas to these hardworking (but suffering) families, we began to panic.

Almost like a God-send, we were contacted by Louie about this crazy idea he had to raise funds for Christmas Cottage. We were excited, but still thought his initial goal of $10,000 was a little aggressive.

Over the following weeks, it became clear that Louie would NOT let this goal fail. He reached out to the media, friends, family, and social media to gain momentum and funds. Very quickly the “aggressive”
goal was met and exceeded. Others learned of the project and dedicated even more resources to continue growing the fund.

The effort made all the local newscasts but then the national media saw the story, with Louie ending up on both the NBC Nightly News and Good Morning America 3.

“That fact that it hit nationally it blew me away.” said Louie.

But it wasn’t the acclaim and attention that his unbelievable creation garnered that amazed him…it was the spirit of those who found it in their heart to give.

“Even in these difficult situations we are living in – people are rallying around helping others, proving that there’s always room for generosity,” Louie stated.

“The success of all this is also a testament to this organization. People believe in GRACE, they believe in the stewardship of GRACE, the community supports what GRACE is doing and how you use the dollars to impact families… because if that trust wasn’t there people wouldn’t give so blindly.”

But it wasn’t just families and individuals that gave, local businesses stepped up and made massive contributions.

TXU Energy put forth the first match of $5k, then Louie & his family pledged an additional $5k. That got the ball rolling with Pegasus Logistics and Sam Pack Subaru of Grapevine both pledging $5k each to grow the match. Paycom pitched in $8k!

The funds were being spent as rapidly as they were raised, and in the end, 3,360 individuals were served by the GRACE Christmas Cottage – in no small part due to Louie’s efforts.

In total the Grapevine Santa House raised $58,518 for GRACE families.

“To say that ‘Santa provided Christmas for all good little girls’ and boys’ is an understatement – and quite literal,” said GRACE CEO Shonda Schaefer.

“I wonder what new and fabulous ideas he will have next year! Thank you Louie & The Grapevine Santa House for serving this community, and ALL good little girls and boys!”

The over 1,000 vintage Santas have found their way to storage for the year (which Louie modestly said only took 8 hours!), but Louie has committed that they will make another appearance in 2021… when asked what he had in mind he started laughing…

“I’m trying to figure out what’s next level…we will come back bigger next year, I don’t know what that means yet but I have a few ideas spinning in my head.”

Thank you Louie, the Murillo Family, and everyone who donated to help make this Christmas so special for so many.