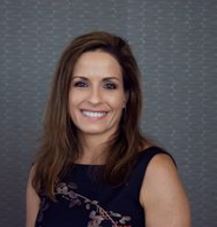 GRACE is privileged to honor Stacey Chase as the 2016 Shining Star Nominee at next week’s Shining Star Luncheon.

Stacey Chase is an outstanding volunteer and supporter of multiple charities in the community. She exudes a passion in various capacities meet the needs of others through volunteerism.

Stacey and her husband Kevin have been instrumental to the GRACE Gala in many facets. Last year as the 2015 Gala Chairs, the duo generated record-breaking proceeds to fund programs. Stacey is also heavily invested the GRACE Food Pantry, where she has worked behind the scenes twice a week for several years.

Stacey’s philanthropic involvement extends beyond GRACE, including United Way, the University of Texas scholarship endowment, and CASA, where she is a Court Appointed Special Advocate. Her heart for human trafficking victims has involved her with other ministries like We Are Cherished and Rescue Her.

Although Stacey deserves all of the recognition in the world for her commitment to the community, she would be the first to tell you that she could not accomplish such achievements without the help and support of her husband, Kevin, and family, which includes their four kids (Abby, Ethan, Emma and Austin) and three dogs (Fergie, Mika and Bevo).

To those who know have been privileged to get to know her, Stacey personifies the meaning of Micah 6:8: “Seek justice, love mercy, and walk humbly with your God.” It’s an honor to walk alongside Stacey and she extends God’s love to everyone she serves.