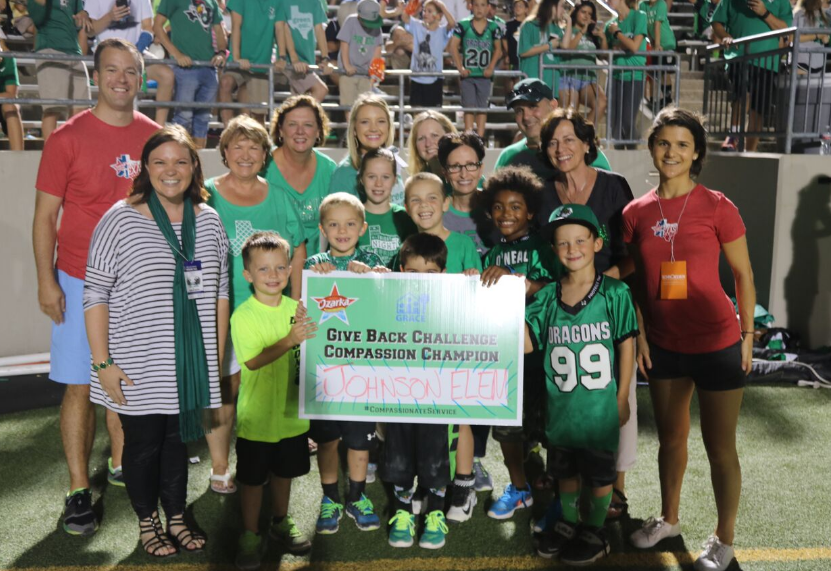 Carroll ISD partnered with GRACE and Ozarka to host an unprecedented district-wide drive that collected a total of 5,849 pounds of food! That’s an estimated 4,974 meals for approximately 1,200 families!

Each school had some healthy competition with a #CompassionChallenge on social media and internal outlets. GRACE was overwhelmed by the collective support the Food Pantry received for this week-long challenge, with a mean of 480 pounds per school.

In the end, Johnson Elementary ran away with the competition, with a staggering 1,187 pounds of food for families in need!

Ozarka has pledged to donate one bottle of water for every food item given, which for those who love math is just shy over 700 gallons of crisp, spring water for families and seniors struggling to make ends meet.

The winning school was announced at last week’s Southlake Dragons football game. Check out the album below!