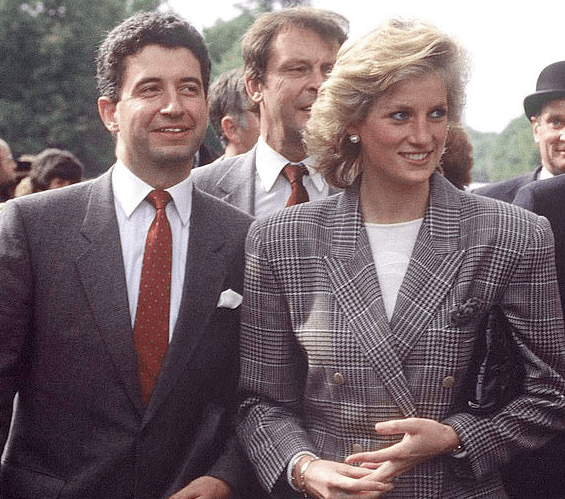 The French-inspired interiors of Colleyville’s Montclair took on a British bearing Wednesday afternoon for a “High Tea & Royal Conversation” directed by the Colleyville Woman’s Club. Proceeds from the event benefited the causes of the club, including GRACE.

Regaling the guests packing the ballroom with touching history and anecdotes of Diana, the Princess of Wales, was Patrick Jephson, Lieutenant of the Royal Victorian Order, and private secretary to Princess Diana.

Jephson served the Princess for eight years (1988-96), and was responsible for every aspect of her public life, charitable initiatives, and private organizations. He travelled with her to five continents, working with the highest ranking government officials including US presidents and other heads of state.

Under relentless media scrutiny, Jephson’s tenure covered the period of Princess Diana’s greatest popularity as well as the constitutional controversy of her separation from Prince Charles.

Jephson was born and raised in Ireland and holds a master’s degree in political science from Cambridge University. He is a keen amateur historian, and his ancestors include notable courtiers to Henry VIII, Elizabeth I, and William III.

As an officer in the British Royal Navy, Jephson served all over the world before being selected for royal duty. In March 2015 he became a naturalized citizen of the United States.

The Colleyville Woman’s Club has supported GRACE since 1992, giving more than $450,000 to support the GRACE mission. The organization is led by President Karen Deakin. Kim Harrison and Ruth Ann Meek lead fundraising initiatives, and Zoe Kirby is in charge of special fundraising.

Next up for the organization is “It’s Time to Shine!”, an evening—Thursday, November 4—at Haltom’s Fine Jewelers in Grapevine. Among wine and appetizers, and smooth jazz by David Carr, Jr., will be 20% off shopping and a chance to win a Lagos bracelet valued at $2,200. A pair of Roberto Coin 18k earrings valued at $4,200 will be raffled.

To learn more about the organization and its leadership, visit Colleyville Woman’s Club.