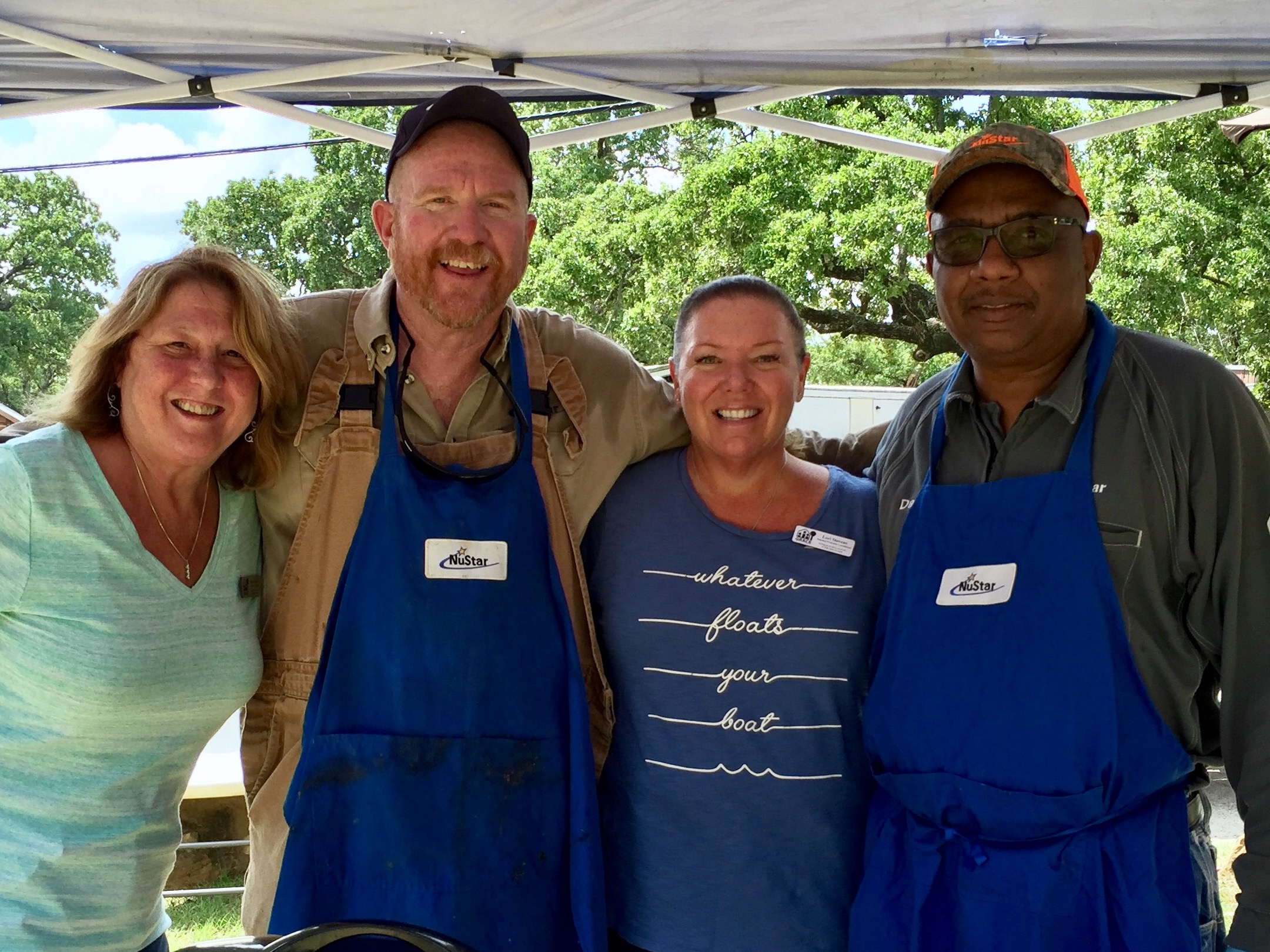 This week followed our noses to the GRACE Feed Our Kids site to feast our eyes on some lip smackin’ barbeque, courtesy of NuStar Energy.

The airline vendor for bunker oil is motivated to fuel more than planes. The company served all six Feed Our Kids sites simultaneously!

An estimated 560 plates of hearty brisket was followed by a refreshing snow cone for children and their parents to enjoy together.

Area Manager Ralph Wimp says his team has a heart for service, “NuStar has a culture of giving time and resources nationwide. After GRACE came out and we learned about Feed Our Kids, we knew it was something we wanted to be part of for the long term.”

Feed Our Kids isn’t the only way this dedicated team has taken initiative behind the scenes. The local staff has made it a priority to serve monthly meals to truck drivers who pull into their loading docks as a gesture of hospitality.

During the winter, the NuStar team hosts a fundraiser with the truck drivers, offering them a chance to donate a gift for Christmas Cottage. “Many truck drivers work twelve or thirteen-hour days,” explains Ralph, “since they may not have time to volunteer, Christmas Cottage gives them the perfect outlet to pay it forward.”

Drivers have become so energized by the event that they have enlisted their own companies to donate to GRACE Christmas Cottage, and other businesses have quickly followed suit.

A distributor based out of Houston loves Christmas Cottage so much that he delivered a trunk load of new toys for GRACE last year. Drivers all over the metroplex bring cash donations and new toys to make sure no child in this community is without a Christmas morning.

Spurring on others to do good works is what GRACE loves to see, and we are thankful for NuStar for demonstrating what it means to love the community you work in.