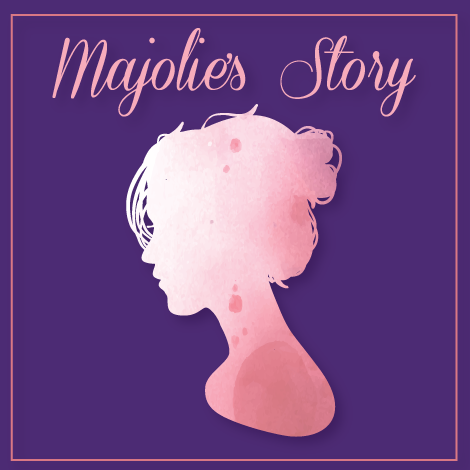 The following is the first of three life stories told by three courageous Transitional Housing clients, and recent recipients of the Kathee Livengood Foundation Scholarship.

Majolie was born in Cameroon, West Africa. At age nine, she was adopted by a missionary family after her father passed away and mother went missing. Although Majolie had siblings, they were dispersed to other families within the village.

She grew up in a loving, mission-minded home in Oklahoma, with the conviction that God had a call in her life. Majolie later married a man she met on Christian Mingle and moved to Michigan, where her husband was from.

Majolie’s husband came from the belief that man rules over the woman, and every effort for her success was met with malice.

His constant harassment at her workplace made her lose her job. She wasn’t allowed access to their finances, and he followed her with his car when she left the house.

While they awaited the birth of their first child, her husband began to react with increasing hostility toward her and their unborn child.

“When I was pregnant he tortured me to the extent of grabbing me on the side of my belly and [holding] me by the neck,” said Majolie. “When I finally decided to leave him for the safety of my daughter, we become homeless. [We] went from shelter to shelter.”

Princess is now two years old and doesn’t have to know fear for her safety or her mother’s life. Your support and the support from the Kathee Livengood scholarship give Majolie the tools to resume college to become a Medical Laboratory Technician.

“My goal is to see my daughter grow healthy. I want to be an example for her and someone she will proud to call her mom.”

About the Kathee Livengood Scholarship

After our community lost prominent philanthropist Kathee Livengood to cancer in 2012, the Women’s Division of the Grapevine Chamber established a memorial fund in her honor to help deserving women seek new opportunities and increase their earning potential.

Livengood was the driving force behind many charitable causes, and her collective passion for others raised thousands of dollars for local children and families.

We are moved by Majolie’s courage and grateful for Kathee Livengood’s abundant life, which continues to inspire us to live as she lived.