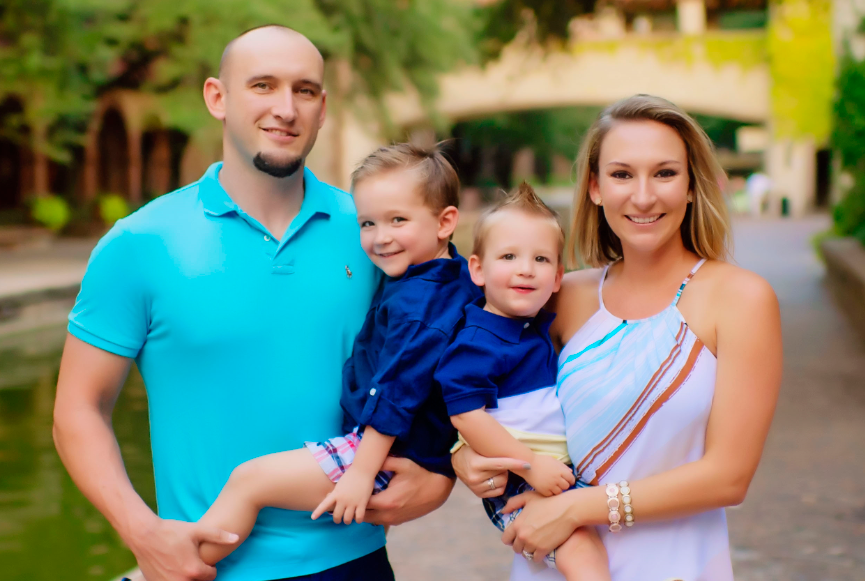 GRACE is honored to announce Stephanie and Mike Hays as the 2017 Chairs for the GRACE Gala, championing fourteen outstanding years of vital program funding with event proceeds.

The Metroplex natives planted their roots in Southlake when their oldest, James was just two weeks old. James is now turning four and their youngest, Kade, is two. Stephanie accepted the role as Raffle Chair in 2015, and was later added to the GRACE Board of Directors in 2016.

Stephanie is one of the youngest top senior advisors for Principal Financial Group, and has achieved the highest honors with the company including Pacesetter, Century Club, Honor Council Award and New Agent of the Year.

Mike is a graduate from Tarleton State University, whose acute attention to detail landed him a senior project engineering role at Bell Helicopter, where he specialized in integrated operations.

Mike’s knack for analysis and Stephanie’s propensity to oversee multiple projects simultaneously may make them a dynamic duo, but it’s their earnest love for the GRACE mission that motivates their efforts.

One conversation with a staff member was particularly moving to Stephanie while she was volunteering at Donation Station. A staff member shared what it was like when she was a GRACE client herself, and how much giving back means to her now after achieving her own financial stability.

“The fact that this woman feels called to extend a helping hand to others by offering the same services that spurred her toward self-sufficiency is nothing short of inspiring,” noted Stephanie. “It’s more than a job to her, and I love being part of an agency like that.”

In the same way it’s from their servant leadership, the couple attests, that comes a deep sense of responsibility to be strong role models as parents and active members of the community.

“Having kids has changed the way I see the world; there’s a deeper level of compassion for others that compels me to take action,” says Stephanie. “Mike and I have profound convictions that peace starts at home, and hope to set an example for our boys to pursue their passions while equipping others to fulfill theirs.”

Mike and Stephanie’s heart for pediatric care and education is evident by the other causes they champion, including Carroll ISD, One Refugee Child and St. Jude’s Research Hospital.

We are honored to have the Hays as ambassadors of the GRACE mission. The Gala promises a remarkable night filled with purpose—but it is also the party of the year!

If you are interested in learning about sponsorship opportunities for the GRACE Gala on Saturday, October 14, contact Chelsea Rose.

GRACE  is a faith-based, social service agency that provides emergency assistance to an average of 5,100 families and individuals each year. For three decades, GRACE has partnered with the community provide food, clothing, shelter, education and medical care to guide families and individuals toward self-sufficiency. Learn about our programs and volunteer opportunities at GRACEGrapevine.org.