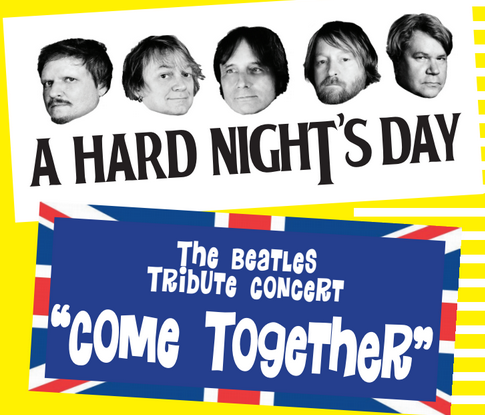 Dig out your bellbottoms and turtlenecks for one magical night of music at the Grapevine Palace Theater benefitting GRACE programs.

The renowned tribute band, A Hard Night’s Day, faithfully recreates Beatles music down to John, Paul, George and Ringo’s last note. A Hard Night’s Day has been a local favorite for 24 years, playing at venues across the globe, including the Cavern Club in Liverpool, where the Beatles first performed.

The tribute performance is taking place one night only at the Grapevine Palace Theater, Saturday, February 24. Tickets are on sale now for $25.

The event is presented by The British Emporium to commemorate their silver anniversary in the states. So after strolling through the endearing sundries from the British Isles, check out their largest selection of English teas in the region—and don’t forget the exotic spices, crumpets, and candied preserves.

To further enhance the nostalgic feeling of this setting, the concession stand will feature a few hard-to-find favorite British treats such as chocolates, biscuits, candy and other confections.

“I get by with a little help from my friends.” –The Beatles